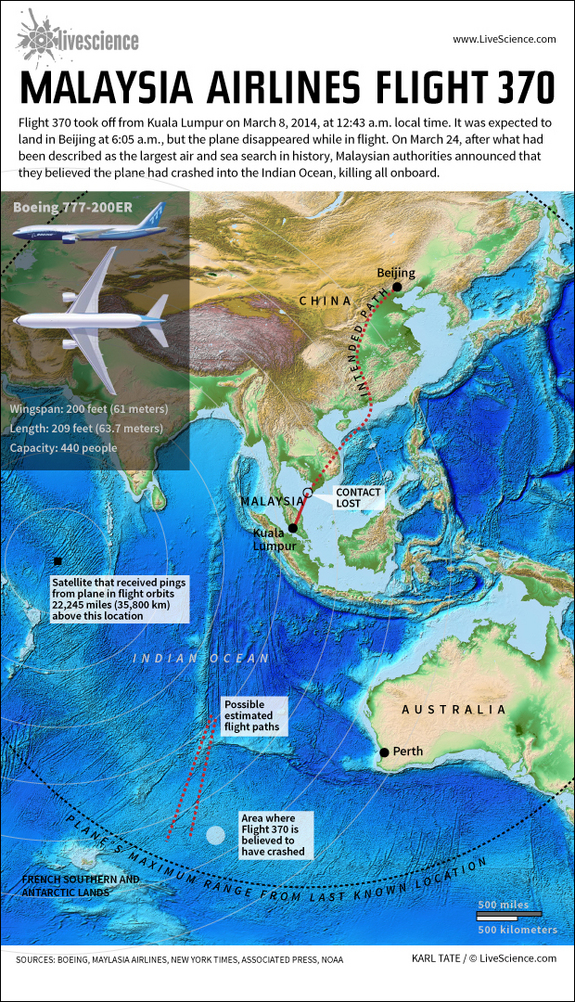 Flight 370 took off from Kuala Lumpur on March 8, 2014, at 12:43 a.m. local time. It was expected to land in Beijing at 6:05 a.m., but the plane disappeared while in flight. On March 24, after what had been described as the largest air and sea search in history, Malaysian authorities announced that they believed the plane had crashed into the Indian Ocean, killing all on board.

Your Business Ready for COVID-19?

How To Prepare for a Natural Disaster [Info Graphic]

New Year’s Eve: Tips for a Safe and Healthy Holiday

7 Causes and Foods That can Trigger your Acne [InfoGraphic]

The Benefits of Swaddling your Baby